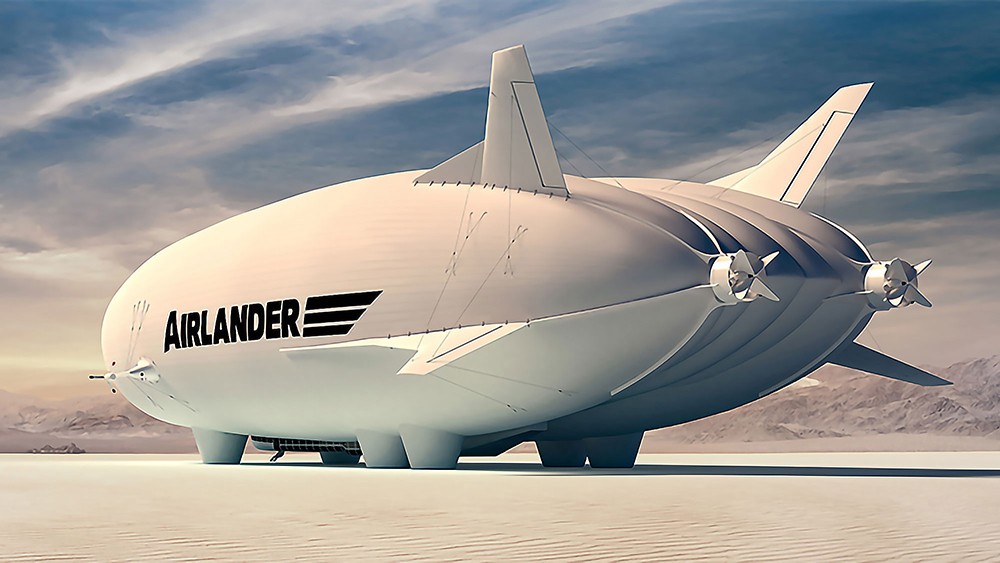 The Hybrid Air Vehicles HAV 304/Airlander 10 is a hybrid airship designed and built by British manufacturer Hybrid Air Vehicles. Comprising a helium airship with auxiliary wing and tail surfaces, it flies using both aerostatic and aerodynamic lift and is powered by four diesel engine-driven ducted propellers.

The Hybrid Air Vehicles HAV 304/Airlander 10 is a hybrid airship designed and built by British manufacturer Hybrid Air Vehicles (HAV). Comprising a helium airship with auxiliary wing and tail surfaces, it flies using both aerostatic and aerodynamic lift.

The HAV 304 was originally built for the United States Army’s Long Endurance Multi-intelligence Vehicle (LEMV) programme. Its maiden flight took place in 2012 at Lakehurst, New Jersey, in the United States. Unfortunately in 2013, the LEMV project was cancelled by the US Army.

HAV reacquired the airship and brought it back to Cardington Airfield  in England. It was reassembled and modified for civilian use, and in this form was redesignated the Airlander 10.

On 17 August 2016, the first test flight took place at the aircraft’s home base, Caedington Airfield in Bedfordshire, England, and lasted 30 minutes. During the final approach to its mooring mast at the end of its second test flight on 24 August 2016, the airship’s mooring rope became entangled in wires and the nose hit the ground, damaging the cockpit. The crew were unharmed.

The Airlander 10 was repaired and fitted with inflatable “feet” designed to be deployable in 15 seconds, to protect the cockpit in an emergency landing. It resumed flight testing on 10 May 2017. On 13 June 2017, during its fourth test flight, the airship reached an altitude of 3,500 feet (1,070 m).

On 18 November 2017, the airship broke free from its moorings in a high wind, automatically pulling a safety rip panel so that it deflated and fell to the ground. Nobody was on board but two people received minor injuries.

In January 2019 it was announced that the aircraft had gathered sufficient data to complete its test and certification programme and would be retired.

As of January 2020 the company is planning to manufacture a batch of certified, production standard Airlander 10 hybrid airships. Compared to the prototype they are planned to feature reduced aerodynamic drag, improved landing gear and a larger payload cabin.

A production run of the Airlander 10 is now planned.

Follow us
2020-12-01
Previous Post: 2020 PLANE OF THE YEAR – PIPISTREL VELIS ELECTRO
Next Post: Airlink disappointed, but respects Supreme Court of Appeal decision on claim against SAA