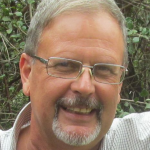 Born in the Lowveld of South Africa, Julian apparently started his love of aircraft before he could walk. If he was not talking about aircraft, he was either building them or drawing them. During his compulsory military training, while training on gliders, he helped start the Defense Force Gliding Club at Tempe, Bloemfontain. He moved to Durban and worked in numerous fields of Finance, Real Estate and Construction.
Shortly after the birth of his son, he attained his Private Pilots License.
After moving to in Port Elizabeth, he attained his twin rating.
Julian has written numerous articles for SAflyer and FlightCom magazine since 2012, also while doing reporting on flying events and aircraft.
Presently he is a director in a Metal Recycling and Demolition company, and writes articles and posts for SAFlyer and FlightCom magazines on FaceBook and their Web pages.

What started out as a single flight for a child a few years ago, has grown into a “Monstrous” yearly event for many South African children. “The Children’s Flight’s origins lie in a music video called ‘Paper Plane’, which is essentially about a child with a Dream to fly, but END_OF_DOCUMENT_TOKEN_TO_BE_REPLACED

During the 1976 National Air Races at Mojave, a stuntman going by the nickname the “The Human Fly” appeared twice riding a DC-8. Standing on a flying DC-8 piloted by well-known pilot Clay Lacy, the “Human Fly” smiled and waved to the crowd below. Spectators looked up in amazement as END_OF_DOCUMENT_TOKEN_TO_BE_REPLACED

Why are tags on an aircraft and why are they coloured? The purpose of tags All pilots know that there are tags that cover the pitot tube, and that the tag must be removed before flight, otherwise the airspeed indicator and other associated instruments will not operate or give the END_OF_DOCUMENT_TOKEN_TO_BE_REPLACED

A fully paid luxurious trip available for two. So…Anybody interested in a free ride in a helicopter for 4 people and the trip of a lifetime? I’m still looking for 2 more adults to join us. We leave early Saturday morning from OR Tambo by private jet to Durban. On END_OF_DOCUMENT_TOKEN_TO_BE_REPLACED

The Beechcraft Be-76 Duchess is actually a very tough aircraft. Kelowna International Airport, British Columbia, Canada. Monday Oct 5, 2020. A pilot from Southern Flight Center unknowingly tested this statement out to the maximum, when he took off with a concrete block still attached to the aircraft. The twin engine END_OF_DOCUMENT_TOKEN_TO_BE_REPLACED

The crazy flying stunts in this movie would be outlawed today. It’s a Mad, Mad, Mad, Mad World is a 1963 American comedy film produced and directed by Stanley Kramer from a story by Tania Rose. The film, starring Spencer Tracy with an all-star cast, is about the madcap pursuit of $350,000 END_OF_DOCUMENT_TOKEN_TO_BE_REPLACED

How do you want to live? For many of us pilots, flying is part of our soul. We live, eat, breathe and dream about flying in its many disciplines. The ultimate retreat would be to have your home and your toys altogether. But the unfortunate truth, is that your aircraft END_OF_DOCUMENT_TOKEN_TO_BE_REPLACED

Smirnykh, Sakhalinskaya Oblast’, Russia The original airfield was built in the early 20th century for the Imperial Japanese Army and was called Keton. It consisted of a 1200 m long concrete runway, gravel taxiways and about 20 equipped aircraft parking lots. ⠀After the Soviet Union regained control over Sakhalin in END_OF_DOCUMENT_TOKEN_TO_BE_REPLACED